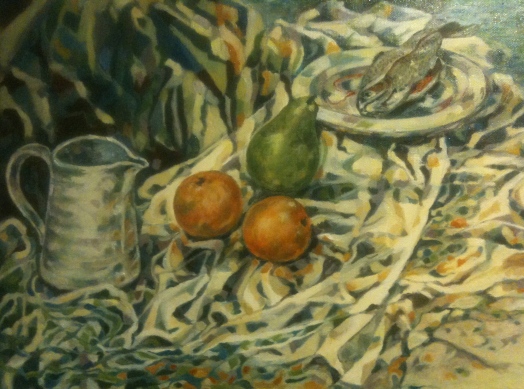 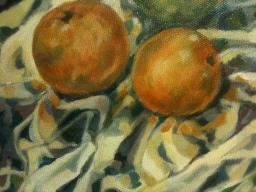 To the Lighthouse detail #1 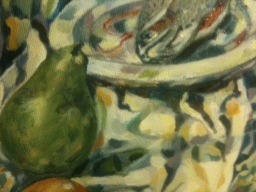 To the Lighthouse detail #2 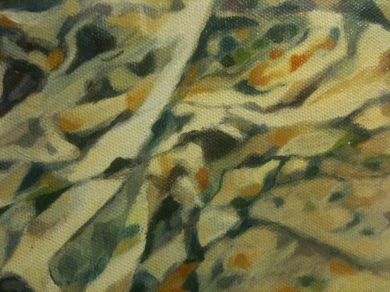 To the Lighthouse detail #3 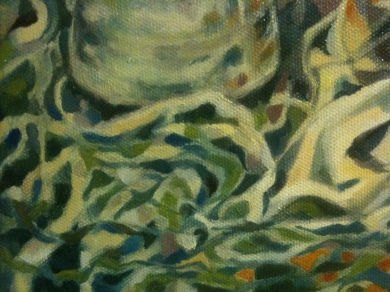 To the Lighthouse detail #4

‘…Nobody seemed to have spoken for an age. Cam was tired of looking at the sea. Little bits of black cork had floated past; the fish were dead in the bottom of the boat.

Still her father read, and James looked at him and she looked at him, and they vowed that they would fight tyranny to the death, and he went on reading quite unconscious of what they thought. …

I had started this painting before I read To the Lighthouse, but reading the final chapter was a true jolt to the senses.

The main elements of the painting were already there, the fish, the characters – Mr Ramsay, Cam and James – the spectre of Mrs Ramsay I brought in later.

Rather than a simple still life I wanted to bring out the overbearing anticipation of this journey through the brooding rocks leading up to the lighthouse.

The sea is such a strong element throughout the book, I also try to suggest how water slowly engulfs the ordered lives of the Ramsays (of us all) and even mocks their (our) efforts in domesticity.

Mr Ramsay – being a metaphysical philosopher – may have been quite unsurprised to find himself and his family reconfigured, but as to its being painted by a woman, he would doubtless find the work trivial.

As some kindly followers will know, I’ve grappled with many a still life this year, from ‘the orange’ to other more exotic fruits, as well as trying to make my brain absorb philosophy.

Quite happy to be somehow bringing the two together.

Marco Corsini helped me out with early stages of this painting, especially the fish, and kept asking me ‘What do you want to do (with your art)?’

Only a year ago I had no idea but now – on my 150th post! – I think I am starting to find out what it might be, and that’s quite exciting ..

I was also inspired by a lot of photography and writing of other bloggers in creating this painting.

Alastair Duncan’s beautiful cliff photos in Scotland from his Still Walks blog, really helped take my idea for the lighthouse in a different direction.

Jessica Winder’s Nature blog is just the most exquisite homage to the wonder of geology and all the small things we walk over – the rock shelf in the painting was inspired by her images.

8 thoughts on “To the Lighthouse” 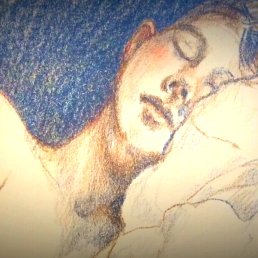 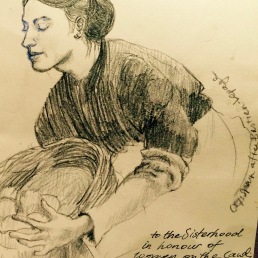 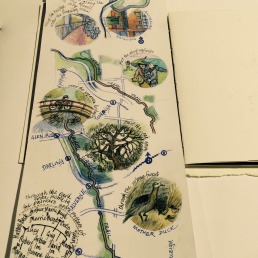 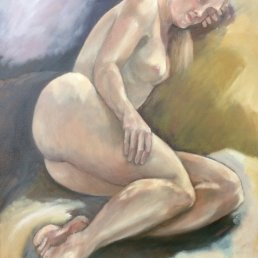 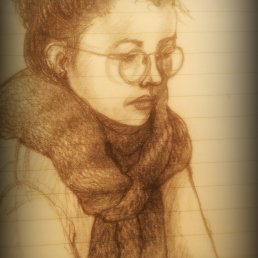 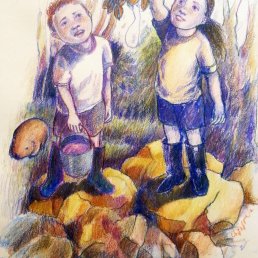 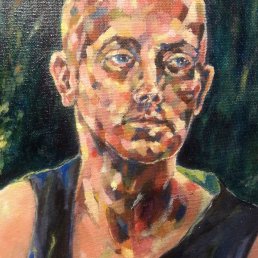 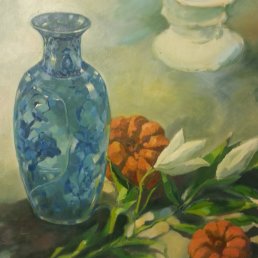 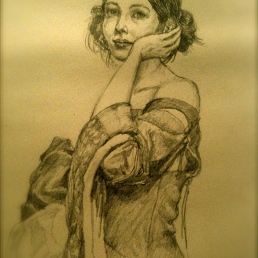 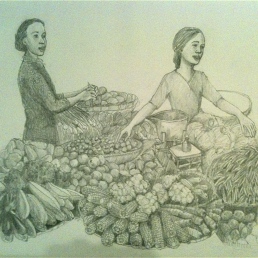 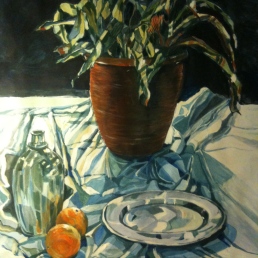 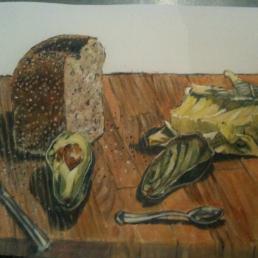 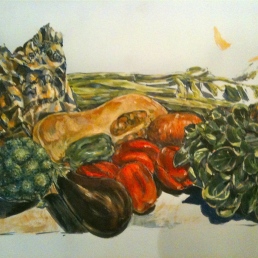 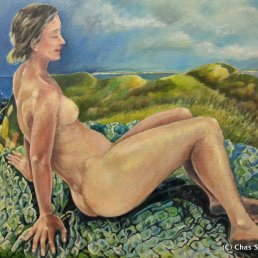 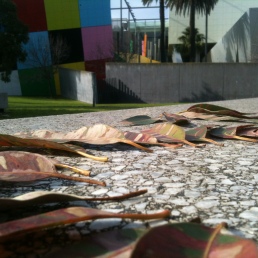 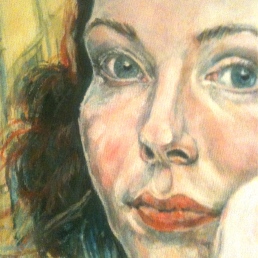 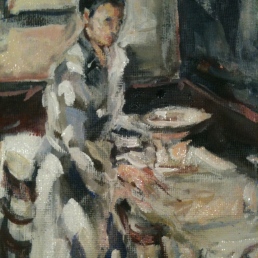 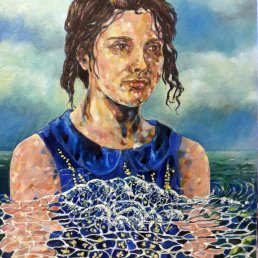